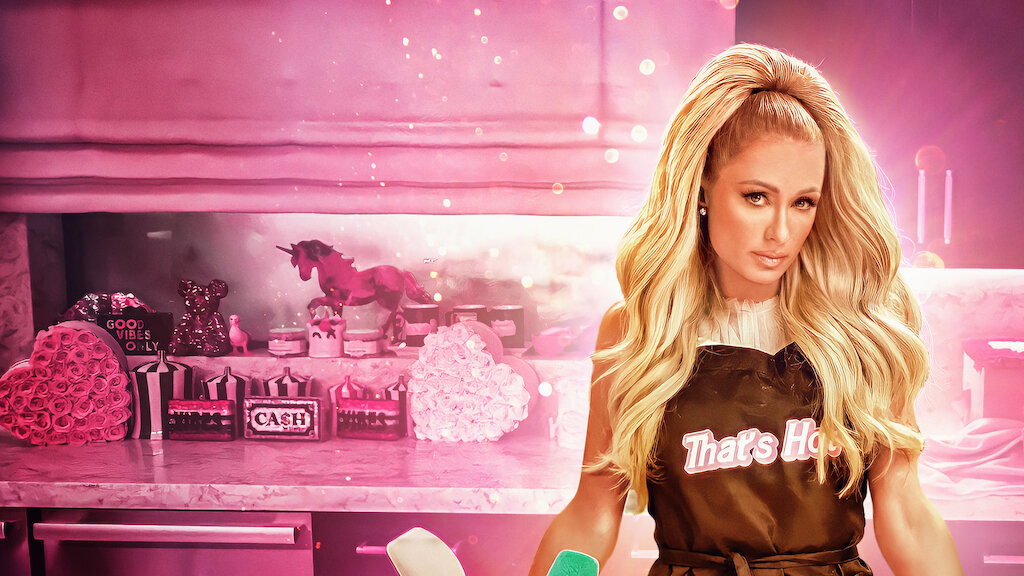 Netflixers will be shocked to learn that we are only three days away from having Paris Hilton on our screens. The 40-year-old shall be cooking for us, in her upcoming show. The reality TV star, and Hotel heiress shall be featuring a broad range of guest stars. How’s that for a new Netflix show?

At this stage, it would be fair to ask – which side of Paris Hilton are we gonna see? Last year the blonde star released a documentary titled: I Am Paris. During which fans learned that she has been “playing a character.” Meaning that her infamous “blonde” persona is something she acts. At least according to her documentary.

Will this mean we shall get to see “the real” Paris more and more, now that the cat is out of its Gucci bag? Maybe, maybe not. Whatever the case, fans are already lining up. One lady said, “I totally wanna see this for the fashions! Hair! Makeup! Sparklies! Glitter! Fashions! Feathers! “Diamonds” vs Rhinestones. I am here for it! No simple life this time!”

Unfortunately, viewers will have to wait for a couple more nights until “Cooking with Paris” comes out. As mentioned here before. We can expect a host of guest celebrities, including Kim Kardashian West. Is it still West? Others include 37-year-old Nikki Glaser, 28-year-old Demi Lovato, and many more. According to the trailer, Kathy and Nicky Hilton can also be expected to feature! Are Netflix users excited about this upcoming show?

One Netflixer said, “[Now I] can’t wait for “Governing the United States with Paris!” While others were won over by a line in the trailer where Paris Hilton says, “That’s hot.. literally.” While she stood over a fryer! How is that for top-quality dialogue? And visuals, don’t forget the visuals and outfits one can expect in Paris’ kitchen. Those who loved her previous show The Simple Life are not surprised by this new idea. Some are even saying, “I hope Paris will cook bacon and eggs again with the use of a FLAT IRON.” Then going on to add, “…like the way she cooked in The Simple Life episode before.” Could there still be enough Hilton fans out there to make this work?

This move by Netflix has left others saying, “You know you’ve reached peak stardom when you’re granted a cooking show on Netflix.” Interestingly enough, I am not the only one who is surprised by this. “After all these years Paris finally decided to visit her kitchen and cook something for viewers… Great!” Said one of her potential fans. If you decided to watch this new Netflix show, according to the trailer: you can expect lines like “You are getting your FEATHERS in everything!” And, “I’m not a cook.” Along with Paris’ latest trending line, “Oh no, I’m gonna burn the diamonds off…”

Is the storm over now, for R. Kelly?
Why was Marilyn Manson at Kanye’s concert?
Advertisement