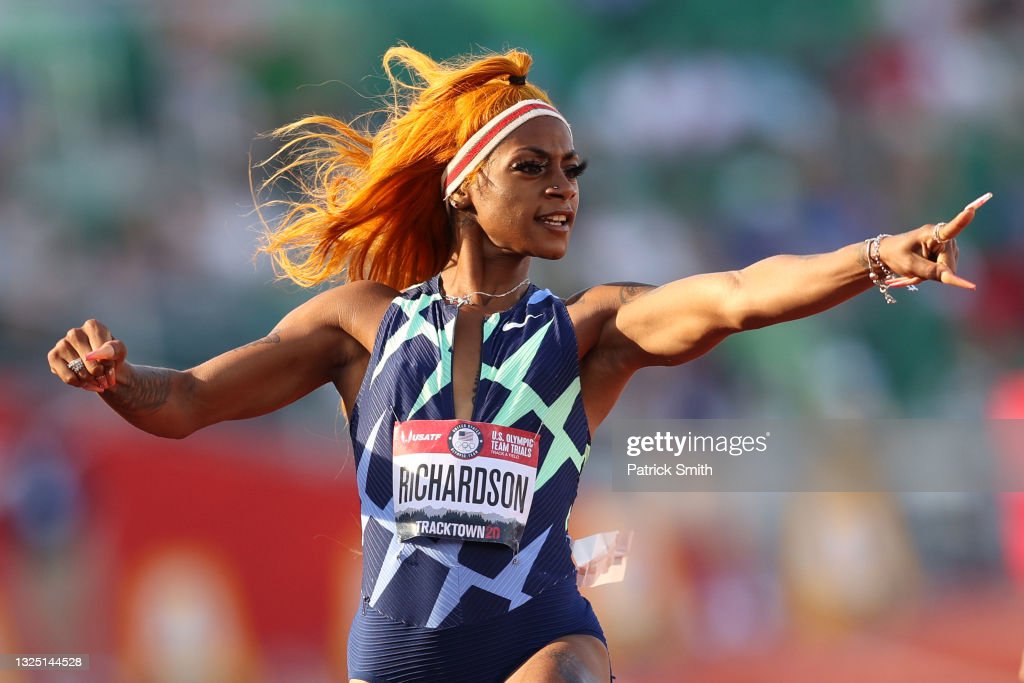 A few hours ago, 44-year-old retired American gymnast, Dominique Margaux Dawes has sided with the Olympic committee. Dawes, who is best known as Awesome Dawesome spoke up in connection to Sha’Carri Richardson’s Olympic ban. Richardson tested positive for marijuana. Which is actually a performance-decreasing drug. Given weed’s negative impact on athletes, some are outraged by the ban. Begging the question, is weed doping?

Dawes however, has lots of respect for Richardson’s handling of the situation. A situation in which the 21-year-old runner has accepted. Stating that she is human, and made a mistake.

This means the record-breaking runner has been officially left out of the Tokyo Olympics relay team. Dope has been linked with increased heart attack risk, impaired motor skills, and damaged lungs in athletes. All of which holds no benefit to Sha’Carri Richardson. This is why fans are not too pleased by the Olympic rule, and her subsequent ban.

Some protest that “If caffeine is permitted, so should cannabis also be…” A sentiment echoed by some of her Twitter supporters. With others adding, “Why is this still a thing?” Even stars like Halle Berry tweeted, “Can’t stop greatness. Sending love and support.” She went on to add, “…still the baddest.”

So does cannabis hold any athletic benefits?

I can’t say if it counts as an athletic benefit but research found that CBD in marijuana, helps ease inflammation. Something that Yoga gurus have been found to lean on. From time to time. I don’t know how beneficial those properties could be on the track. But overally speaking, dope holds no benefit in the fields where Richardson was meant to compete. What do you think? Is weed doping?

Should Phylicia Rashad be under fire?
Will Archer be the same without Jessica Walter?
Advertisement