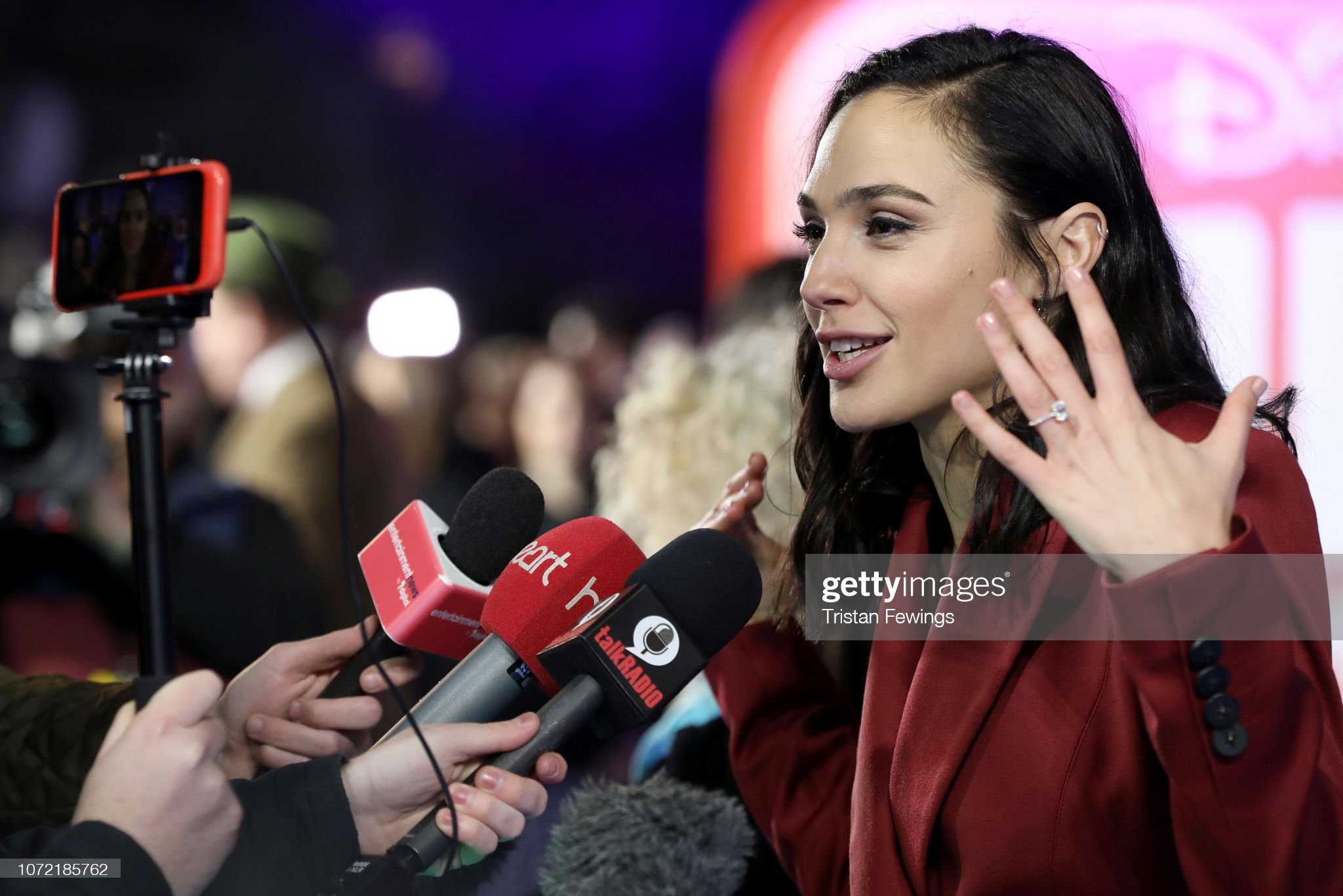 Israeli-born, 35-year-old actress, and mother of two young girls: Gal Gadot posted an image on Instagram that has sparked tiny rumors of a leak. Keen-eyed fans were quick to point out that the photograph (when turned upside down) and then zoomed into could allow anyone to read her upcoming script/ dialogue. Anyone interested in squinting their eyes, while wondering, “What does Gadot’s script say?”

In all fairness, not many people have the time to do all that. Unless you’re an hourly blogger, in desperate need of your next article of the day. Sure, I got to read the contents of the page she had open. But the page in question holds very little information that could be seen as a crucial plot twist or a spoiler. Now… before I transcribe the page for you (which felt a little bit like climbing Mount Kilimanjaro) here is the Instagram post that at the center of our story.

Leaked or not… Don’t sound the alarm bells yet! In the caption, Gadot tagged Pilot Wave Motion Pictures which is Film & TV Production Company founded by Gal Gadot, herself… alongside an Israeli real estate developer: Yaron Varsano (her husband). This could all mean, she might have substantial ownership of the script in question. Shielding her from any blowback, from having shown/ revealed any dialogue. Maybe. Or maybe… it was all just a deliberate bread-crumb meant to get the world talking, blogging, and tweeting.

Ok, enough about that! Here is what the page says. I went ahead and transcribed it all for you. So that you won’t have to keep Googling, “What does Gadot’s script say?” Could this be a film about Hedy Lamarr (born: Hedwig Eva Maria Kiesler)?

Here is the script Gal Gadot was reading

Hedy (grateful): Thank you
She leans back against the bricks of the building and smokes, watching the London nightlife. Now that the adrenaline is starting to wane, she can HEAR the beating of her own heart and, thinking about what she just did, she GROANS aloud.

Grisha, who has been watching her curiously, takes a thoughtful drag on his cigarette.

Grisha: Are you a prostitute?

Grisha mimes a sex act. Which is incredibly disconcerning given he really looks to be about fourteen.

Hedy: How old are you?

Hedy (German, to herself) I don’t think I’m a prostitute

That’s pretty much all I got! Nothing too revealing was leaked in that photo. And a seasoned, Hollywood professional like Gadot probably knew exactly what she was doing in giving us these crumbs. It could be the perfect way to shift our attention away from her last (kinda okay-ish) movie. Which wasn’t her fault… some ideas work. While some just don’t come out that good. If you love other marvelous Hollywood female figures, click here for more articles!

What else do we know about Adele’s new man?
Are Paltrow’s “vagina-scented” candles safe?
Advertisement