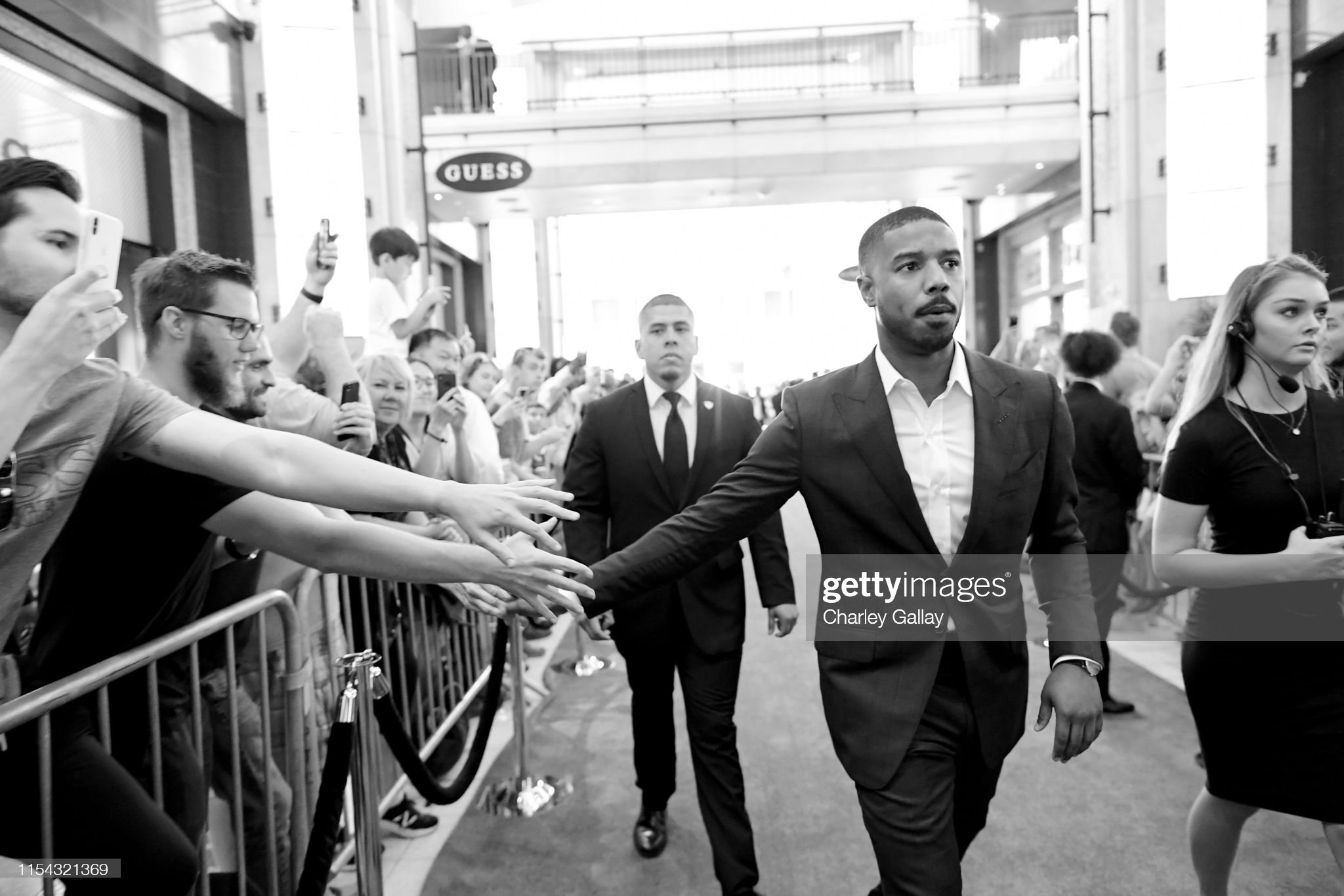 After he kept us guessing with endless rumors The World’s Sexiest Man Alive has now been taken by 24-year-old Lori Harvey. The 33-year-old Hollywood superstar Michael B Jordan posted the following images to his 15 million Instagram followers.

Those with a keen eye and a more intimate knowledge of the rich and famous (than I do… lol) were quick to identify Lori Harvey. And subsequently, realized that Jordan (no relation) was finally confirming his relationship with Steve Harvey’s daughter. She also went on to post her own collage on Instagram. Which caught the eye of her brother: Wynton Harvey. He commented on her collage saying, “Hold on! Who is the #%@@ all on my sister tho?!” To which he got more than 400 replies.

Lori however is a Harvey through marriage. The model is actually Steve Harvey’s stepdaughter. She doesn’t seem to have any social media mentions of her biological father but continuously expresses great love and admiration for her mother. While Emma Roberts goes off blocking her mother on Instagram. Lori and Marjorie Harvey, prefer to pose for photos together.

While reporting about Lori, Capital Xtra reported that she has been modeling since the age of three. What was she doing? Toddlers and tiaras? Apart from that looooong modeling career, many fans know her for her high profile relationships with stars like Diddy, Future, and even Trey Songz.

Lori Harvey’s latest boyfriend is a real catch! Voted People’s Sexiest Man Alive. A title that has also been held by the likes of Idris Elba and John Legend. Needless to say, many hearts all over the world were broken when she snatched him off the market! Like most of you, I was in awe when I got to see him as Erik Killmonger a fictional Marvel supervillain. His Black Panther performance shot him to great heights and his true fans should celebrate and cheer. And toast his newfound love!