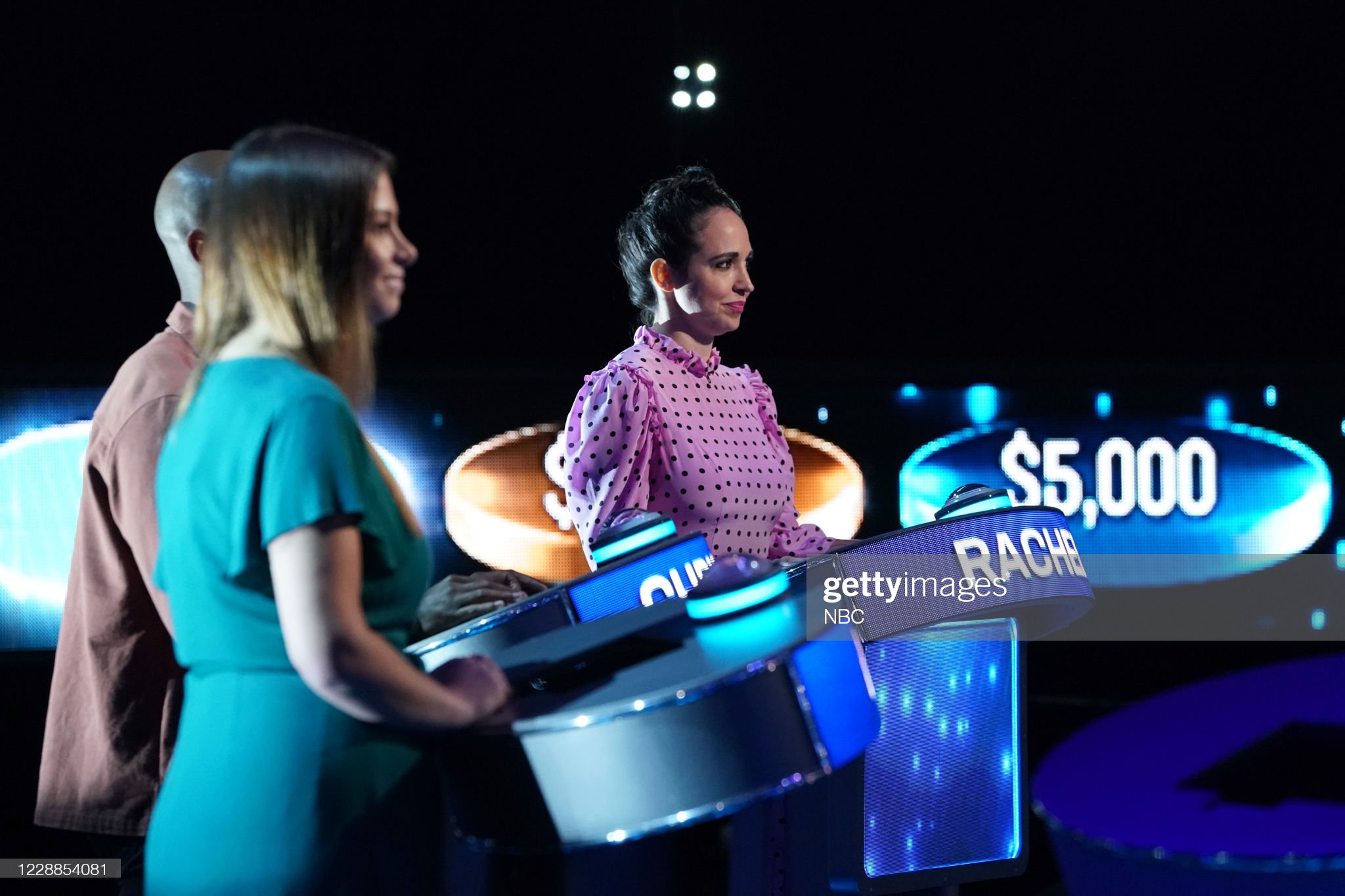 If you have not yet seen the 2nd episode of Weakest Link USA: Season 1, then you might wanna turn away from this article! I dislike spoilers just as Weakest Link’s Arielle Borisov dislikes girls who don’t know their fashion designers! For the rest of you, let the ride begin.

Pictured above, Arielle… the Product Manager took us for one hell of a rollercoaster ride on the Weakest Link USA. She cracked ribs and left viewers falling off their sofas throughout the country with some of the most memorable answers we might ever get.

When asked by Jane Lynch the following question:

Arielle answered… Colonel McMustard! Which in all frankness is something she needs to trademark and start monetizing. That answer along with many others made her one of the most memorable USA contestants thus far.

Normally you would have to win the show in order for people to remember you, but not when you’re Arielle. When all was said and done, she won the silver medal. That meant Colonel McMustard went home empty-handed leaving her head-to-head rival: Anoelle, with the entire day’s loot. What did our runner up have to say about all this?

One of her questions that she got wrong in the final head-to-head was, “What U.S state has the most National Parks?” She then exclaimed, “How do I not know any of these” after being asked the question: Because it was built jointly by Great Britain and France, what supersonic passenger jet had a name that means ‘harmony’? Weakest Link’s Arielle was meant to answer: Concord.

Some viewers did not enjoy her perceived ‘bullying’ towards Senior Copywriter and fellow contestant: Rachel. Carlos had the opportunity to vote Arielle off… and win the hearts of millions (with him being the deciding voter – after a tie). But the show entertainment factor shot up, when Carlos chose not to seize the opportunity. Only to be later voted off, by the very dragon he refused to slay!

Rachel (the strongest link in the round) had this to say, after Arielle engineered Rachel’s unfair demise, “Obviously Arielle was gonna vote for me. And I felt confident that one of the other players was going to vote for her because she has been the weakest link multiple times.” Rachel then added, “I’m sad to be going home, but this is what I get for still being scared of mean girls… in my thirties.” The ever-cheerful Rachel then laughed. Which made her yet another strongest link, who somehow gets the boot!

Whilst Arielle and Rachel’s onscreen rivalry was still simmering. Arielle had this to say, “I really thought that at the beginning that… us girls would stay together. You know (but) that went away real quick.” On the plus side, it was one of her fellow girls that took the fifty-one thousand dollars home. Now, feel free to also read about How you can keep your spot on shows like The Real Housewives!

Who is the new host of Weakest Link?

Who is the original host of Weakest Link?

Colonel McMustard, was the answer that Weakest Link’s contestant: Arielle Borisov, gave when she was asked: Norm Macdonald, Rob Lowe, and Reba McEntire have all appeared in TV commercials as what iconic KFC founder?

Norm Macdonald, Rob Lowe, and Reba McEntire have all appeared in TV commercials as what iconic KFC founder?

What do Iggy Azalea and Cardi B have in common?
Does the WWE universe still want Ronda?
Advertisement