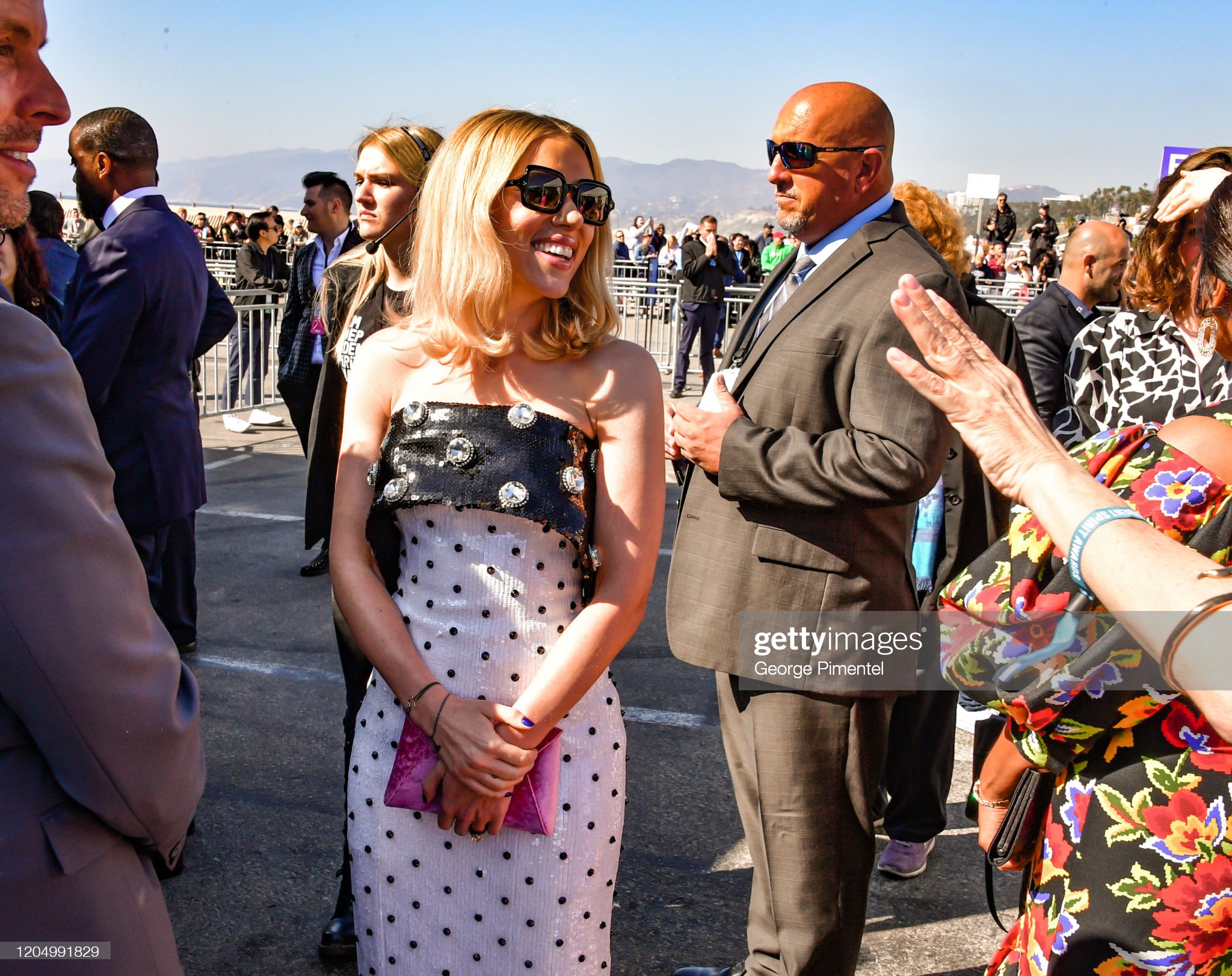 As I finally start to recover from the holiday madness of not being able to blog. I shall slowly ease back into my work, by taking us all back to October 2020. Before we can answer the question: Is Scarlett Johansson married again?

It turns out, after two years of dating. 36-year-old, mother of one: Scarlett Johansson, quietly tied the knot for the third time.

Dozens of life-sized, Marvel posters must have been ripped down (from bedroom walls) all over the globe.. followed by some mildly audible, crying in the shower. After Johansson left the market. The Black Widow superstar got married to 38-year-old Colin Jost, who, himself has never been married before now.

Noooo… Nope, that is not Jost standing behind her! The lucky groom can be seen on Saturday Night Live where he was most recently tricked into making a joke about Scarlett Johansson. Or is it Scarlett Jost now? – Lol, now that would seriously affect ticket sales on the next Black Widow solo. That is if the aforementioned posters had “Scarlett Jost” on them. I would imagine.

John Cena got married, Pamela Anderson got entangled in some “bizarreness” that never legally got filed as a marriage. After the 2020 Jada Smith scandal (Jada – who has been married to Will Smith since 1997).. can I still blog the word: entangled?

What are people saying about Elliot Page?
Who is now dating The World’s Sexiest Man Alive?
Advertisement