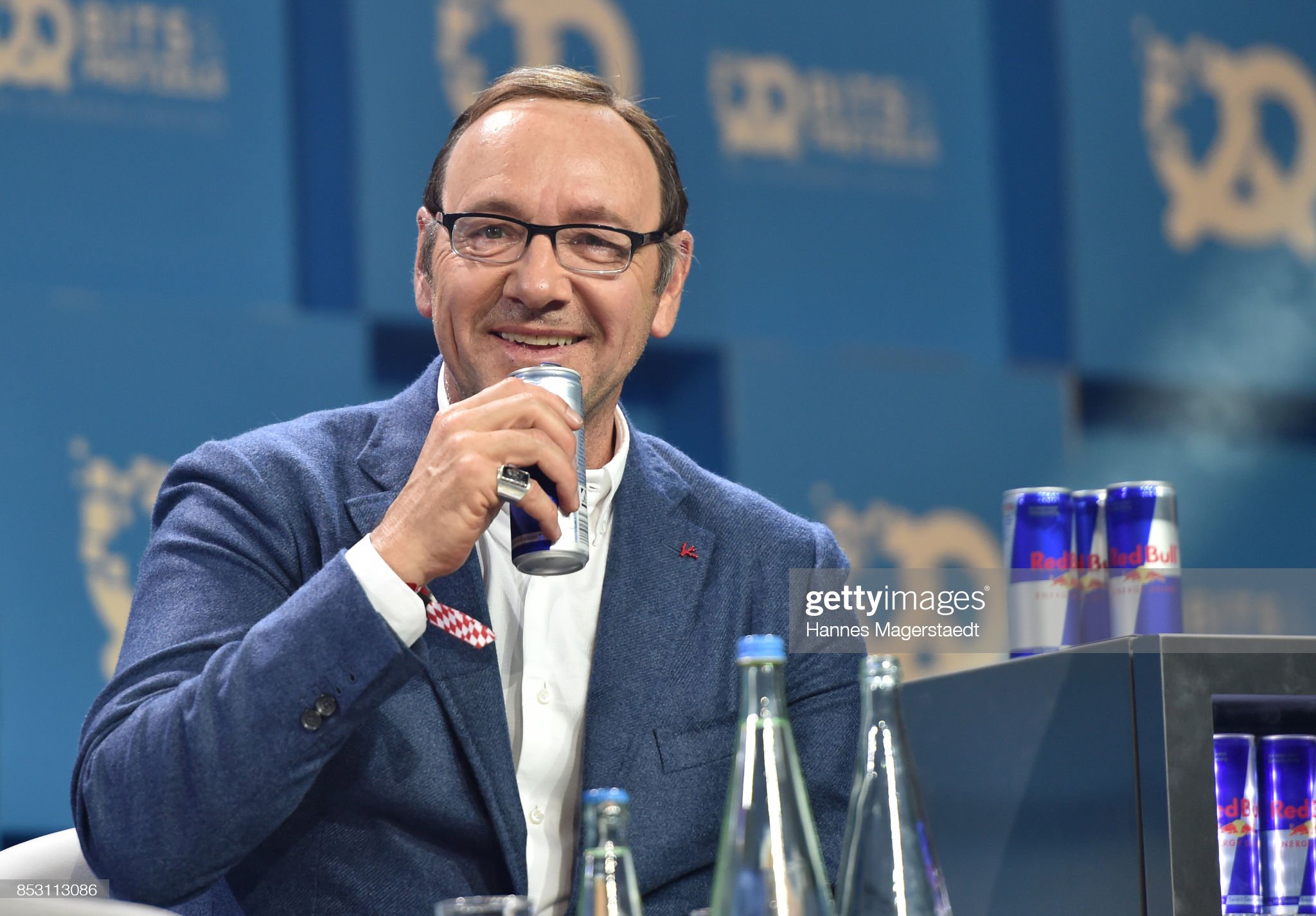 Whenever you are surfing on certain sectors of the internet. You can’t throw a rock, without hitting a photograph of Kevin Spacey sitting on The Queen of England’s actual throne, or standing with a Prince, or (at the very least) a former president.

Nice medal there Kev! It’s not everyday that you see a Hollywood actor that seemingly has the same kind of political reach. That even his onscreen, fictional characters would envy.

Even President Clinton was happy to get his photo taken next to the fictional Netflix TV show President. A fictional Netflix president, with an actual Commander of the British Empire medal under his tuxedo. We have written a bit about where Kevin Spacey is today. And his sexual assault scandals. And even his annual Kevin Spacey Christmas videos. But today, we are wondering: What is Kevin Spacey’s next movie going to be?

What does the actor have planned?

If his Hollywood career doesn’t get back on track, he will always have the above mentioned Christmas videos. The YouTube shorts come with millions of views from a hungry audience.

The last time I was waiting to see him in something (before I knew about his legal woes) he got replaced by Christopher Plummer in the middle of production.

His last movie appearance (before that) was in the underrated flick: Billionaire Boys Club. According to The Guardian’s 2018 post, they had this to say about the film:

With that said, it seems that in 2021 we might be seeing Kevin Spacey in Last Night In Soho. I for one expect him to have a very minor role (if at all) in the Psychological horror said to be starring the likes of Anya Taylor-Joy, Matt Smith, and Thomasin McKenzie. Maybe Spacey’s involvement is all just Google gossip?

Is this really Kevin Spacey’s next movie?

When you look here, you’ll find that his portrait photo appears 13th on the cast members’ photo reel. That’s a poor position for any actor who might hope to hold any true significance to the plot at hand. So maybe he’ll just be a guy in a TV show as the significant/ relevant actors watch him on TV. Or something.. that’s my guess. Let me know if you think Spacey will ever get hired again. Stating your reasons, in the comments section below.

In conclusion, here is the movie’s IMDb summary: A young girl, passionate about fashion design, is mysteriously able to enter the 1960s where she encounters her idol, a dazzling wannabe singer. But 1960s London is not what it seems, and time seems to fall apart with shady consequences.

What makes Rachel Brosnahan so ‘marvelous’?
What do Iggy Azalea and Cardi B have in common?
Advertisement