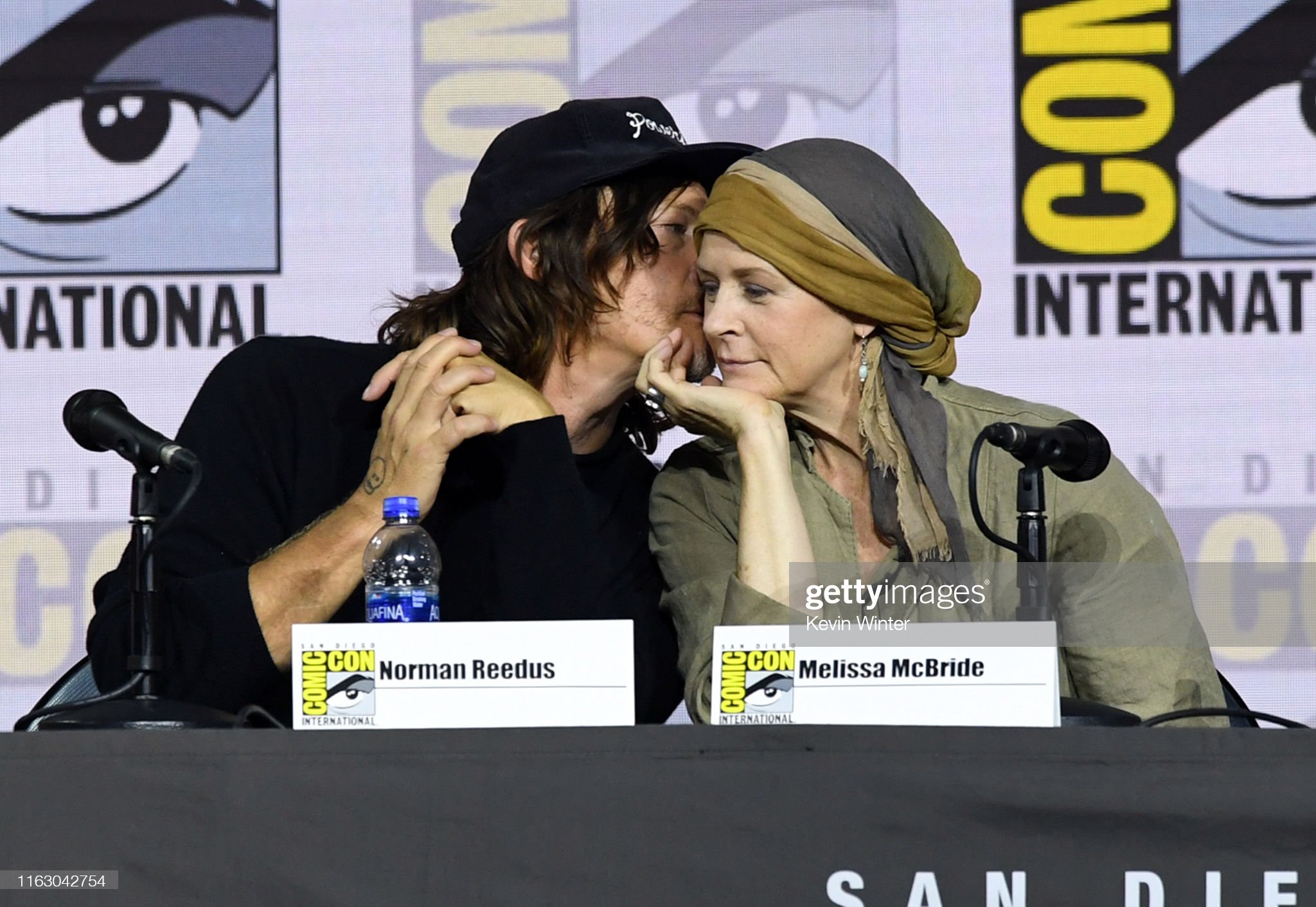 The Walking Dead’s Carol (played by 55-year-old Melissa McBride) and Daryl (played by 51-year-old Norman Reedus) have had viewers on edge since the show hit season 2. The pair are evidently caring and concerned about each other, but will they ever become a couple? Fans are always asking: Are Carol and Daryl lovers?

Is there enough time?

With the show about to enter its final season, it’s now seeming highly unlikely that Carol and Daryl will have enough runway to become a couple. But, all is not lost yet! The two are getting their own Carol and Daryl Walking Dead spinoff after the main show ends. Which could be the ideal place to spark some kind of romance. Away from the bigger Walking Dead plot.

Let’s discuss the characters themselves now: Are Carol and Daryl lovers? What do we know about each of these characters? One of the show’s producers Greg Nicotero was quoted telling ABC, “I think he’s a virgin in my opinion.” This would mean Carol would be his first.

Nicotero went on to add, “I don’t think Daryl has ever been close enough with anyone to have sex so I always imagined that he’s a shy 12-year-old kid who doesn’t know how to handle the emotions that he has but has feelings for people on the show that he is close to but I never really imagined one way or the other that he’s had sex.”

Carol on the other hand lost a child. Went through an abusive marriage, and had a “fairytale fling” with King Ezekiel. Both characters have been through massive amounts of abuse in the past. Each of them tends to have a lone wolf/ go it alone attitude every now and again. Will all this allow for a coherent romantic twist? If you liked this gossip then read about this bizarre, real-life, Pamela Anderson romance.

What could make butchers team up with Pamela Anderson?
What do you think of the blanket Taylor Swift embroidered for Katy Perry’s daughter?
Advertisement