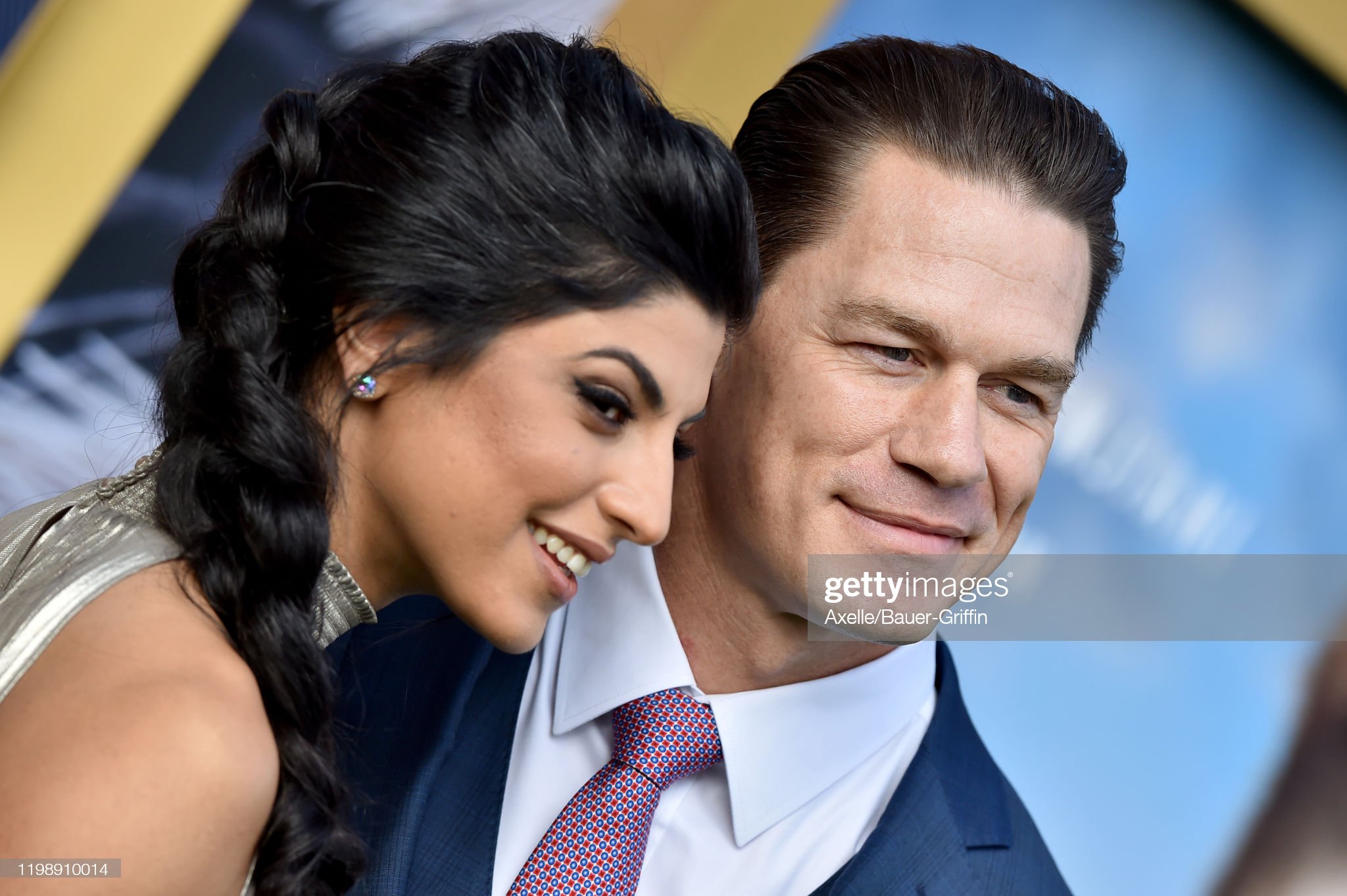 In March 2019 ‘he who can not be seen’ was spotted with a mysterious woman. Her name? It was then 31-year-old Shay Shariatzadeh. A stunning 5 feet 9 inches, Iranian-Canadian woman. John Cena’s wife! Just look at the way she looks at him:

This Electronics Engineer (12 years his junior) is now the brand new bride of our beloved 43-year-old Johnny (not Bravo). Before this, he was previously married to Elizabeth Huberdeau between 2009 to 2012. And even engaged to WWE superstar Nikki Bella. Now… he is finally off the market.

Shay Shariatzadeh’s mother gave up being a surgeon and moved to Canada, in search of a better future. Shay is very proud of her mother and was quoted saying:

The two lovebirds reportedly met in Vancouver while Cena was filming Playing with Fire. The rest is history! As usual, I like to keep things nice and short! Expect more articles on Shay as we get to know her better. And please… like Hourly Gossip’s Facebook page. Now… as I leave you, here is something John Cena tweeted back in January:

How many people have you totally let into your life? For many out there the number is 0. We have all been betrayed, it hurts, but if you’re brave enough to continue to try and let people in, when someone does connect with you. They will know and love you for who you really are.

Yes. He is currently married to Shay Shariatzadeh

Before marrying Shay Shariatzadeh in 2020, he was previously married to Elizabeth Huberdeau between 2009 to 2012

Could Molly Hurwitz be: The World’s Most Elusive Celebrity Ex?
What does it take to get blocked by Emma Roberts?
Advertisement