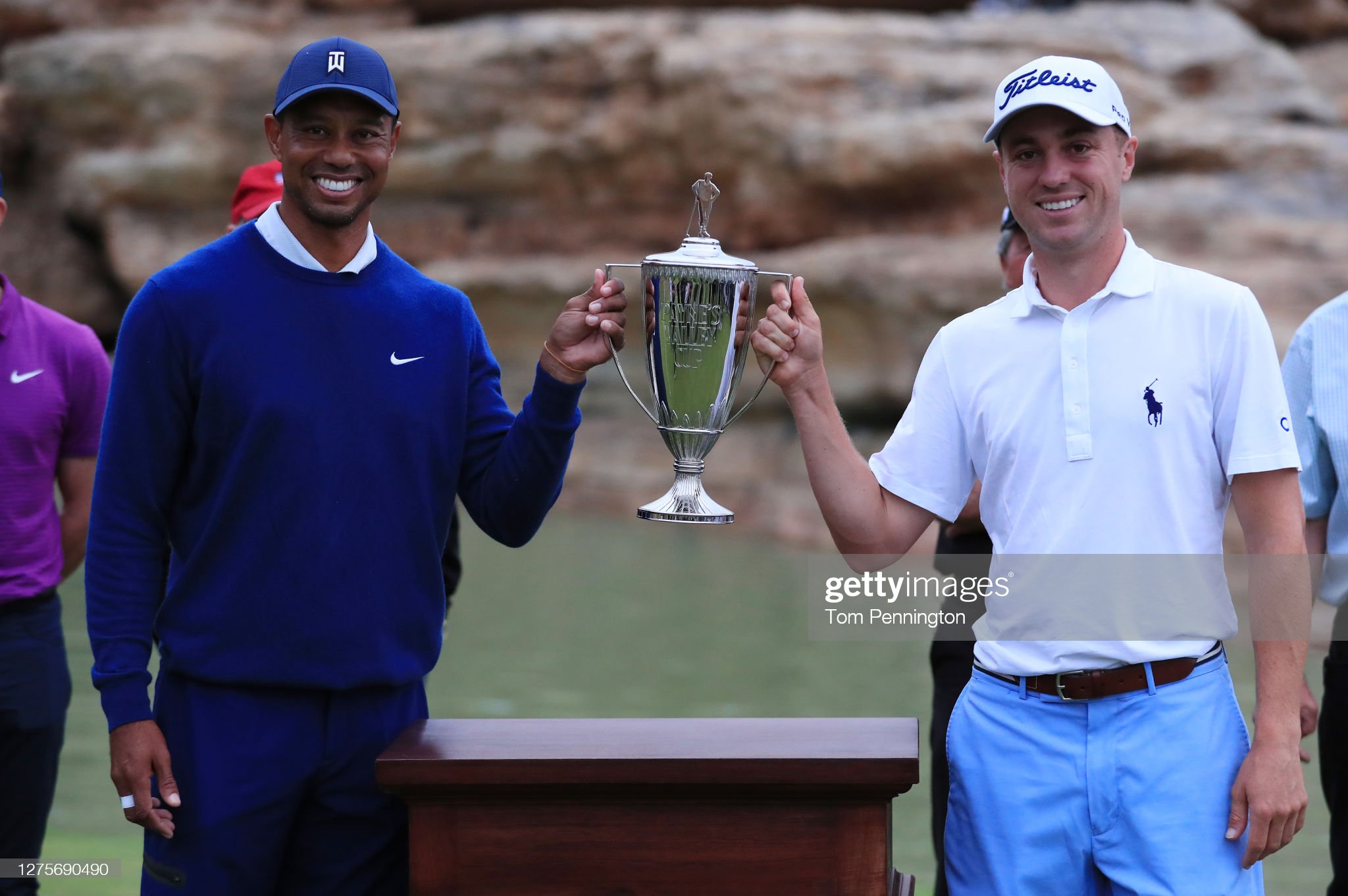 Last year, against all odds Tiger Woods, won 1st place in the Zozo Championship. This was in a 78-player-skirmish like no other. He came out top and in addition to the glory. Woods also took home a winner’s share of $1,755,000 from a $9,750,000 purse. Adding to Tiger Woods’ latest wins.

That same event has now being relocated from Japan to America because of COVID 19. And Woods shall now have to defend his title this month! Between 22 October and the 25th, he shall be tested again. Can he hold on to his glory? Are Tiger Woods’ latest wins, the beginning of another era?

Tiger Woods’ newly-found amazingness doesn’t end there with the Zozo Championship. In the photograph below we see Tiger Woods won again (alongside Justin Thomas). This was after they both defeated Rory McIlroy of Northern Ireland and Justin Rose of England. The United States duo was photographed on September 22, 2020, at the Payne’s Valley Cup. Adding more spoils to the golf legend! In conclusion… Let’s hope Woods continues to win even after his recent stumble.

Why does Man U hate October?
What’s the latest Pogba transfer news?
Advertisement