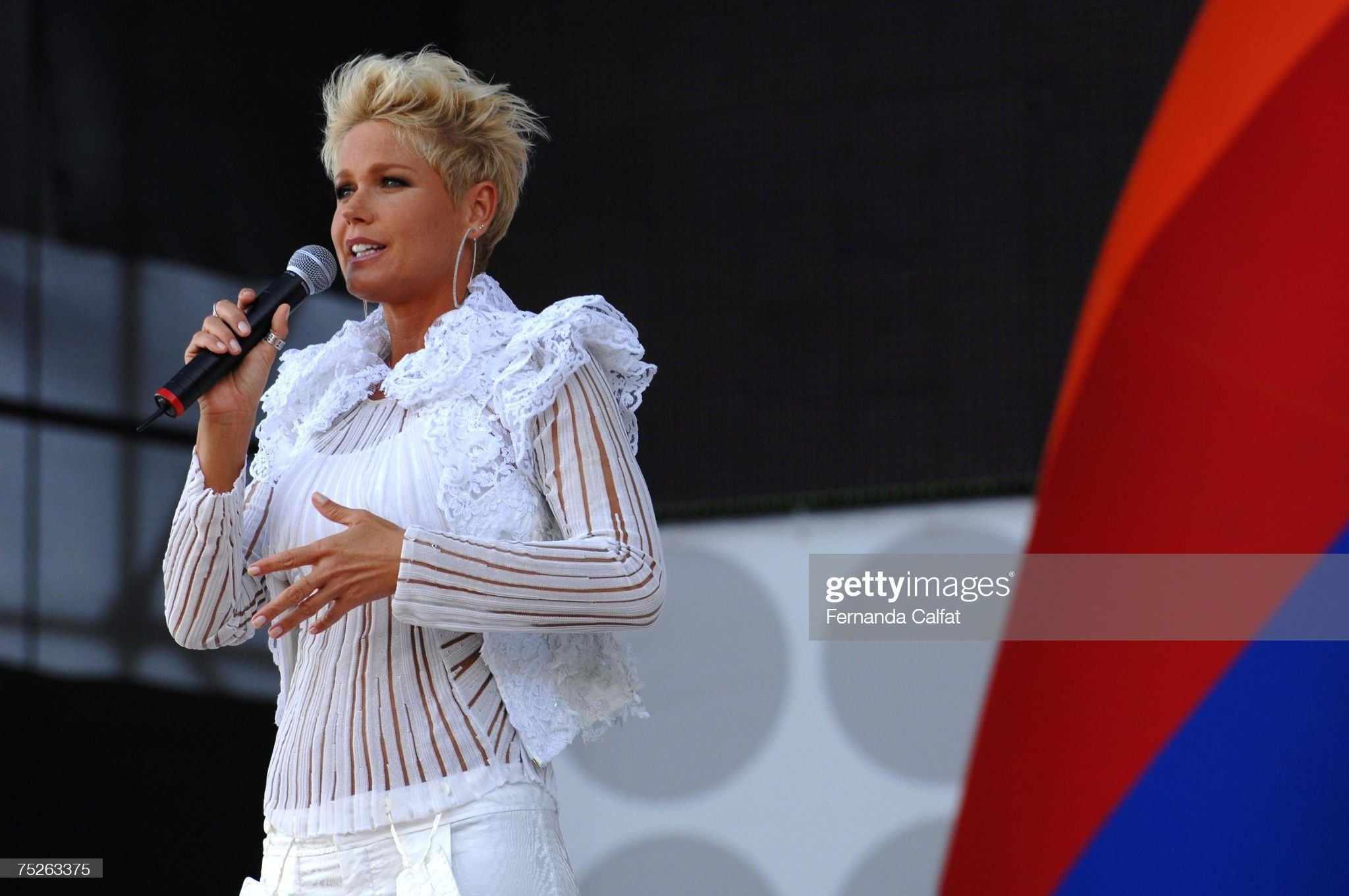 Maria da Graça Xuxa Meneghel (better known simply as Xuxa) is a Brazilian celebrity. She had a 65-episode American children show called Xuxa. Where is Xuxa today? She has had some ups and downs in the media. One of those downs being: Xuxa VS Google. She lost an 8-year battle to have her name removed from searches for what’s quoted to be a 1980s ‘pedophile film’. The film in question was made when she was nineteen. After 8 years, Brazil’s Superior court ruled in Google’s favor.

Despite the ups and downs, the 57-year-old celebrity is still around and very involved in animal activism. Xuxa is pictured below (looking amazing as she did on her show, all those decades ago) while performing at Live Earth 2006. Which was hosted at Copacabana beach, in Rio de Janeiro, Brazil. Xuxa has an estimated net worth of over 300 million dollars, but who knows how high that number could have gone… without the above mentioned “film”.

So, you want something more recent? Well, you’re in luck! She recently wrote a book about Xuxa memories. The book was published on September 21st, 2020 by Globo Livros. And it is originally in Portuguese, the long-awaited book comes with more than 100 previously unpublished photographs from her personal albums. Its also a worthy read, due to its juicy topics which include her dating Brazilian soccer icon: Pelé and even Ayrton Senna.

Let’s close of today’s “Where are they today” article by saying the Brazilian superstar also had a connection with the late King of Pop. Michael Jackson! She told TV Globo the following, “The entourage of Michael Jackson wanted him to marry, have children. They were looking for someone. I was working in Spain, they invited me to see his show several times.” This was on a Sunday program called Fantastico.

The star went on to add, “Later they called me to invite me to Neverland (Jackson’s ranch). He knew everything about me, he read everything about me. I had dinner with him. And later came a proposal from his impresario asking me whether I would consider living with him because he wanted to have children, marry. They thought marriage with a person concerned about children in Latin America would be a good thing. For me (Michael Jackson) was an idol, but from idol to something else there is a difference. My answer, obviously, was no.” That’s all we have for you on Xuxa today! Do you want to read about Pamela Anderson and Jon Peters?

Where is SisQó today?
Advertisement